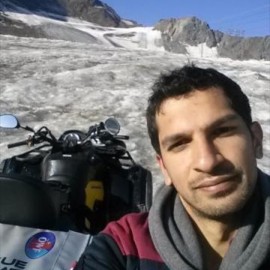 I am an Aerospace Engineer and Planetary Scientist. I’ve worked on a variety of projects, ranging from the design of space missions to the modeling and simulation of planetary rings.

I’m one of the co-founders at satsearch, successfully incubated at the European Space Agency’s Business Incubation Centre in Noordwijk (ESA BIC Noordwijk), the Netherlands.

In 2010, I initiated an on-going, open-source project, to develop a toolbox for astrodynamics simulations called Tudat. The toolbox is being actively developed and maintained by staff and students in the Astrodynamics & Space missions research group at the Faculty of Aerospace Engineering, Delft University of Technology.

Some of my other experiences include: