The following is the story of how GoUrbanGrow was born.

The weekend of 25th-27th of October, 2013, I participated in Yes!Delft’s 1-2-Launch startup program: a 60-hour marathon, with coaching from seasoned investors and entrepreneurs. Having been exposed to the startup world extensively over the previous 18 months, I was excited about the program. My aim in participating was to meet new people and learn a few new skills. In the end, it turned out to lead to so much more!

Friday evening we gathered at the Yes!Delft building on campus for the kick-off. We briefly introduced ourselves and pitched our ideas. I soon realised that this wasn’t a student event, as I had expected. My previous experiences at Yes!Delft were through student events, most notably the Ready to Startup! course that runs for about 5 months (a story for another time). So my expectation going into the 1-2-Launch weekend was that I’d be surrounded by other students. Turned out that this was an event for professionals. The vibe in the room was different than I had expected, maybe because everyone just seemed more serious about trying to get the most out of the next two days.

As I was preparing my elevator pitch in my mind, Michiel Huijse presented a concept that he’d been working on for a few months. He’d hacked an Arduino-based system to grow some of his plants more effectively. 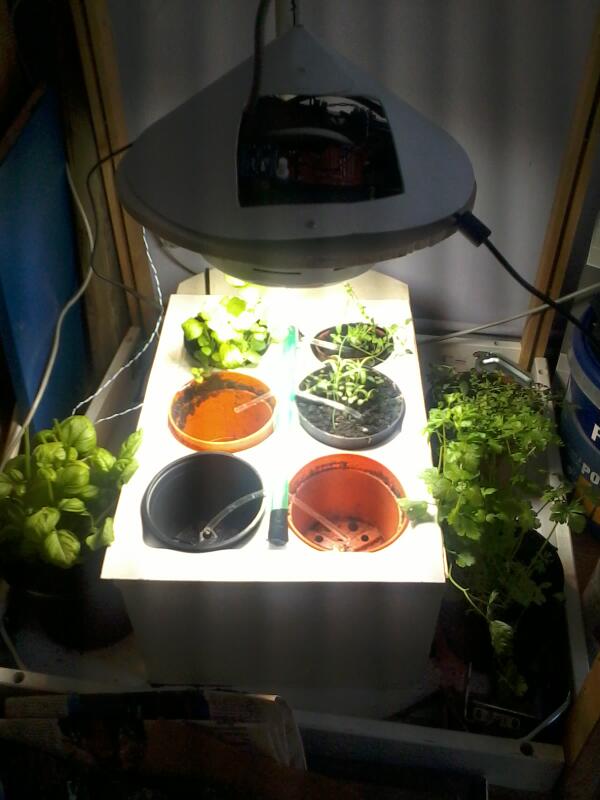 The system he described was quite impressive and it was clear from that moment that we’d be working together. I pitched a business idea to support precision agriculture through data analytics. Although this is on a much grander scale, it also boils down to marrying tech and nature. I’ve been motivated to develop technology to help farmers control and predict their harvests. With prices for basic staple foods like onions sky-rocketing in India recently, affecting people at all income levels, especially the poorest, I believe that there are a lot of gains to be had through effective implementation of smart, data-driven systems for precision agriculture.

So, after the intros were done, Michiel and I teamed up and it was then that Emma van Helden decided to join us, after we’d pitched our joint idea to her of somehow building products that bring tech and nature closer together. Things clicked between the three of us pretty instantly.

The intros were followed by a few interesting talks, intended to inspire us to get the most out of the next two days, and to make use of the wealth of expertise on hand, offered by coaches who had “been there, done that”. After dinner, we were unleased on the Yes!Delft work area. Within no time, Yes!Delft was engulfed with 1-2-Launch participants (there were ten teams if I remember correctly). We chose a desk at the back of the work area, which would serve as the nerve center for our operations over the next 2 days.

After fleshing out an initial concept on Friday night, we decided to head home at around 1am and attack our business model early the next day. Following a sumptuous breakfast on Saturday morning, we set about filling out the Business Model Canvas that we were introduced to during one of the talks on the previous day. Our instructions were to focus on our value proposition and the product/market fit. This involved trying to identify and understand the needs of our target customer segments. The rest of the weekend was essentially an exercise in iterating this process, thereby gaining a more in-depth understanding of what the crux of our business concept would be.

The key ingredient in iterativaly improving our understanding of the product/market fit was the notion of “getting out of the building”; an idea heralded by Steve Blank in his teachings on the lean startup. 1-2-Launch was dedicated to getting the message across that, for a startup, the most important thing is to “build something that people need”. As simple as this sounds, understanding what people really need is a fairly complex task, as we discovered during the weekend.

We were continuously coached by multiple entrepreneurs/enthusiasts over the course of the weekend, to help sharpen our focus on nailing the product/market fit. Essentially, the message we were given was “validate, validate, validate!”. To do so, the “get out of the building” concept forces you to directly contact people/organizations that you believe will be customers and to figure out if they really face the problem that you think they do. In essence, you want to know if they are eagerly “waiting” for you to solve their problem(s), and if they are willing to part with their hard-earned cash in return.

One of the most important lessons I learned during the weekend is that the only way to really do this is to assess past behaviour and NOT future actions. Future actions are intangible, and, as a result, people often say things that turn out to be completely false/inaccurate, for one reason or another. Not heeding this lesson has led to the downfall of many a startup.

The mantra we stuck to during the weekend was: “the past is the best predictor for the future”. This was a real eye-opener for us. Understanding this idea of validation forced us to establish a line of questions for our target customers that would help us determine if they absolutely need us to solve the problem that we believe they face. Unless you attack your market research in this way, you are essentially hedging your bets on the fact that you’ve figured out what people will buy based on your (likely) incomplete model of the world (a slim chance of success at best).

So, Saturday afternoon, we left Yes!Delft and headed into the wide, open world à la The Apprentice. Initially, I was absolutely terrified of walking up to strangers and striking up a conversation about our barely one-day old startup. After a few failed attempts, I finally got the hang of it, and in the end I absolutely loved the experience! We ended up running a number of different experiments that led us to a concrete idea of who our early adopters would be. This was a thoroughly satisfying conclusion, and one that we achieved in a very short space of time. More than anything, we benefitted from some great advice from the 1-2-Launch coaches, enabling us to steer clear of common pitfalls.

As we got more involved in the process of discovering our business, we also decided to make use of more tools to engage our audience. Saturday night we decided to spread the word about GoUrbanGrow through social channels, to see if we could further validate our assumptions. That led to our launch page: GoUrbanGrow.com, which turned out to be a great success!

Sunday was more of the same, with the added stress of having to work on our final pitch. Again, we received invaluable advice from various coaches that helped us streamline our thoughts, so that we could cover all bases within the 3-minute slot.

And then came the pitch. With butterflies in my stomach, I walked to the front of the auditorium, stared down by the panel of three investors/entrepreneurs. All I could think of was: don’t mess this up! And so, I started the pitch and before I knew it, we were done!

Emma, Michiel and myself were happy with the outcome and congratulated each other on a great weekend experience. Little did we know that that wasn’t to be the end. After all the pitches had been completed, we all gathered in the Yes!Delft work area for an announcement by the judging panel. After they gave glowing praise to all of the teams, they revealed that …

This took us completely by surprise! We were absolutely chuffed naturally. I think all of the teams did a splendid job during the weekend, so overall the program was an absolute success!

I can honestly say that I learned a whole lot of new skills during the weekend, as I had hoped. I also met a lot of smart, industrious, and entrepreneurial people during 1-2-Launch. The unexpected outcome of the entire program was that with GoUrbanGrow we turned out to have created something with potential! Who’d have thunk it!

Kartik is an aerospace engineer and planetary scientist with degrees from Delft University of Technology in the Netherlands. He is currently co-founder and CEO at satsearch, a European Space Agency startup that is working on democratizing access to the global commercial space market.