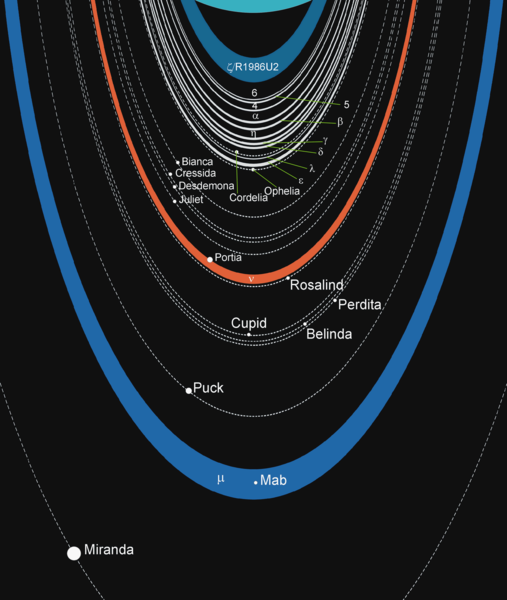 We explored the hypothesis that Mab’s anomalous orbital motion, as deduced from Hubble Space Telescope (HST) data (Showalter, M.R., Lissauer, J.J. [2006]. Science (New York, NY) 311, 973–977), is the result of gravitational interactions with a putative suite of large bodies in the $\mu$-ring. We conducted simulations to compute the gravitational effect of Mab (a recently discovered Uranian moon) on a cloud of test particles. Subsequently, by employing the data extracted from the test particle simulations, we executed random walk simulations to compute the back-reaction of nearby perturbers on Mab. By generating simulated observation metrics, we compared our results to the data retrieved from the HST. Our results indicate that the longitude residual change noted in the HST data ($\Delta\delta_{r,Mab}=1$ deg) is well matched by our simulations. The eccentricity variations ($\Delta e_{Mab}=10^{-3}$) are however typically two orders of magnitude too small. We present a variety of reasons that could account for this discrepancy. The nominal scenario that we investigated assumes a perturber ring mass of 1 (Mab’s mass) and a perturber ring number density of 10 perturbers per 3 (Mab’s Hill radius). This effectively translates to a few tens of perturbers with radii of approximately 2–3 km, depending on the albedo assumed. The results obtained also include an interesting litmus test: variations of Mab’s inclination on the order of the eccentricity changes should be observable. Our work provides clues for further investigation into the tantalizing prospect that the Mab/$\mu$-ring system is undergoing re-accretion after a recent catastrophic disruption.